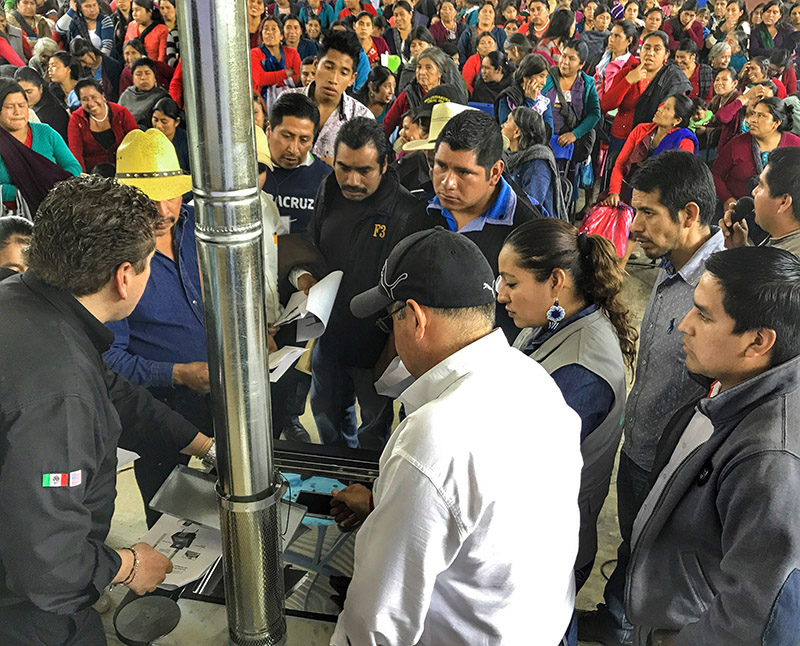 Envirofit Mexico partnered with the Secretaría de Desarrollo Social (SEDESOL) – the Mexican Secretariat of Social Development – in Veracruz, MX to bring Envirofit Ecofogónes plancha cookstoves to families in the Tehuipango and Zongolica communities.

Thanks to this public-private partnership, 1,000 families in the municipalities located in the dense forests of western Veracruz took home an Ecofogón. The families live in extreme poverty, without access to electricity and water. Their homes are made with thatched leaf walls and roofs, and have dirt floors. Because they lack access to modern forms of household energy, they are forced to cut down trees for fuel to cook their meals. Though it is necessary, this practice is a major cause of deforestation and regional ecological damage. 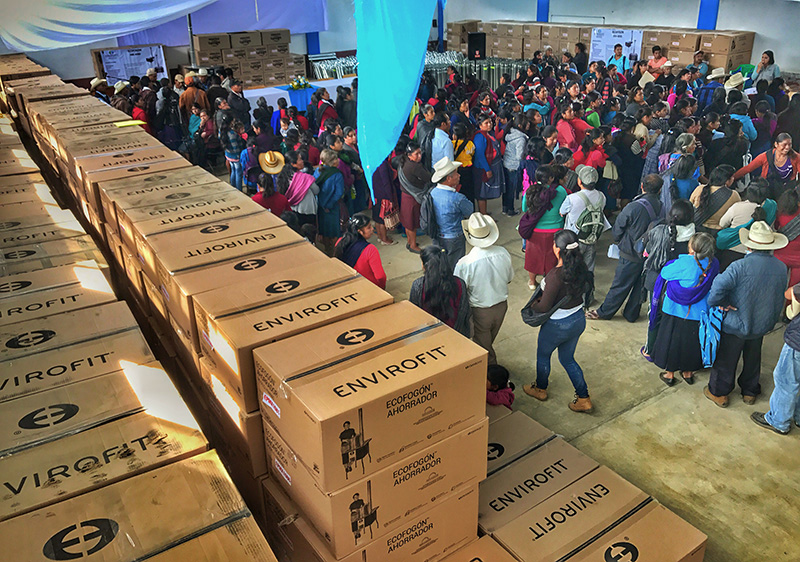 As in other areas where Envirofit Mexico has partnered with the government to supply Ecofogóns, the families were taught how to properly use, clean and maintain their new stoves to ensure efficient cooking over years of use. This training is essential for successful cookstove use and long-term adoption, and was done with the help of a translator because Nahuatl is the primary language in the Tehuipango and Zongolica communities.

Three women from Veracruz look at the Ecofogón 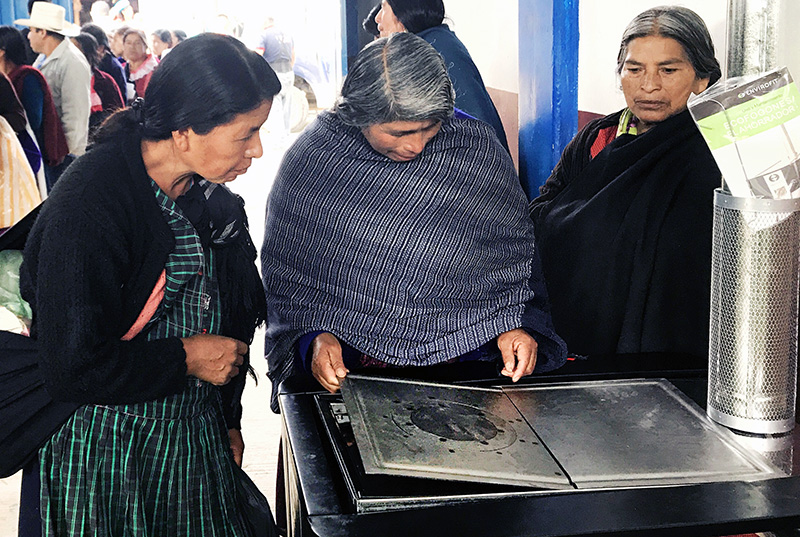 The reaction of the families who received Ecofogóns – also known as the SuperSaver Griddle –  was overwhelming, with some giving thanks through tears of appreciation. Most families were surprised by how little wood they needed to cook, and the way the Ecofogón heated their beans in only 35 to 40 minutes. They also said they liked the Ecofogón because it didn´t blow smoke into their faces while they used it.

Families also appreciated that the stoves they received were technologically advanced and built for ease of use. The Ecofogón features a state-of-the art combustion chamber, and several features to make it convenient to cook on such as removable pot rings and adjustable height. For most families, the Ecofogón replaced homemade stoves or ones built from brick or concrete that were not as efficient. The Ecofogón / Envirofit SuperSaver Griddle uses 60% less fuel and cooks twice as fast as traditional stoves. 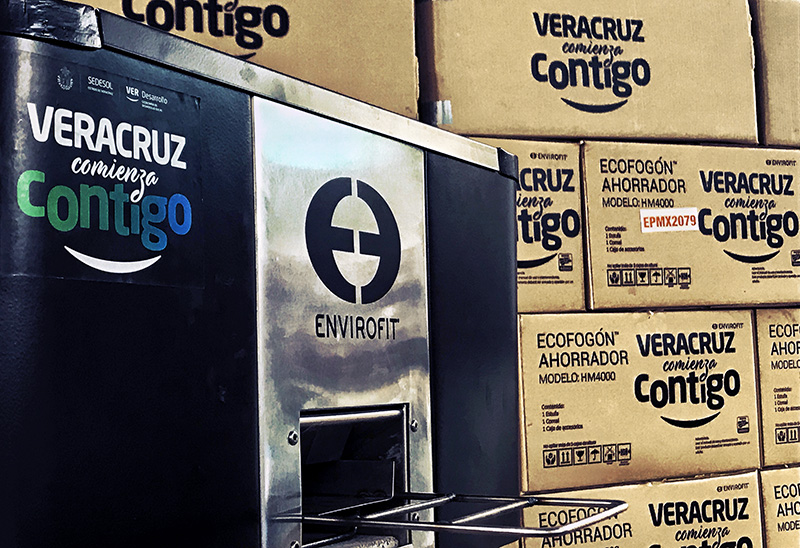 Learn more about the incredible results partnering with Envirofit can produce by contacting partnerships@envirofit.org