I brought the Envirofit SuperSaver Charcoal stove to Lubumbashi, Democratic Republic of Congo (DRC) to collect customer feedback, and to show local stove manufacturers a product whose finishing, quality and pricing they could aspire to.

Everyone who saw the SuperSaver Charcoal admired it. When I say everyone, I mean everyone – anyone who saw it would stop and ask about it.  This includes soldiers, drivers, street vendors, hotel and project staff, cooks, and even other local improved cookstove manufacturers.

Lubumbashi is located in the southeastern corner of the DRC, and with two million inhabitants is the second most populous city in the large, Central African country. Lubumbashi is the mining capital of the DRC, and this focus on industry means that most food and products are imported, and the cost of living is comparatively high.

Lubumbashi residents look at the SuperSaver Charcoal next to other cookstoves

Many households and restaurants rely on charcoal as a primary or secondary fuel source because of the high cost and inconsistent availability of natural gas and electricity. Residents cook a majority of their meals over simple, inefficient, locally produced charcoal stoves.

These stoves vary widely in quality and often consist of nothing more than a square charcoal pot on four legs that is welded onto a small ash tray. Despite their inefficiency, they typically sell at a relatively high price of $20-$50 USD, with two burner models costing as much as $60.

There is some public awareness of the health and cost savings benefits of improved cookstoves in Lubumbashi, but the familiarity of the basic, locally made stoves means that most people haven’t had a chance to try one. However, when they do see a stove like the SuperSaver Charcoal they quickly understand their benefits over traditional cookstoves.

A locally made cookstove is tested against a SuperSaver Charcoal 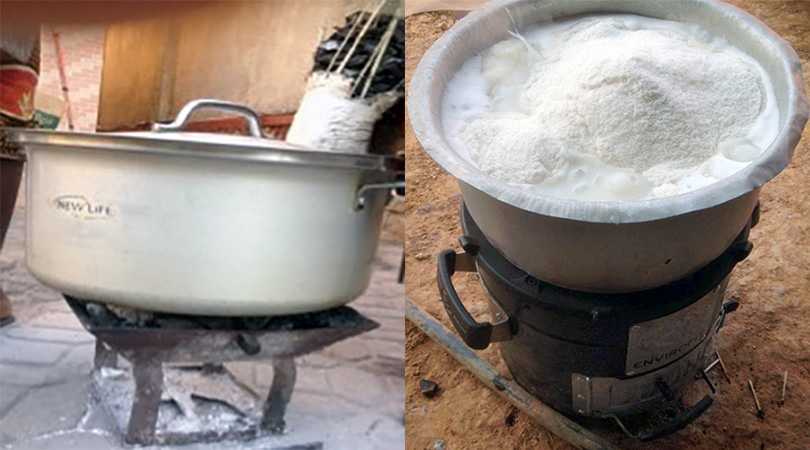 While in Lubumbashi I worked with Helene, the local resident specialist on improved cookstoves. Helene works for a development program office that has conducted improved cookstove project activities since 2013.

Before cookstoves can be considered for use in the field they must first pass through Helene’s test kitchen at the office, where they are evaluated for durability and potential lifespan. Helene knows and understands improved cookstoves, and she quickly identified the SuperSaver Charcoal as a quality stove, and one that she intended to buy.

I asked Helene what she liked about the SuperSaver Charcoal, and the features she admired were often repeated by others in DRC who I talked with. They liked the SuperSaver Charcoal initially on looks alone, saying that it appears sturdy but still has a visually appealing aesthetic. They also liked the functionality of the stove’s handles, large lower door for lighting, ashtray scooper, and the cast iron stovetop.

A local chef compares the SuperSaver Charcoal with a traditional stove 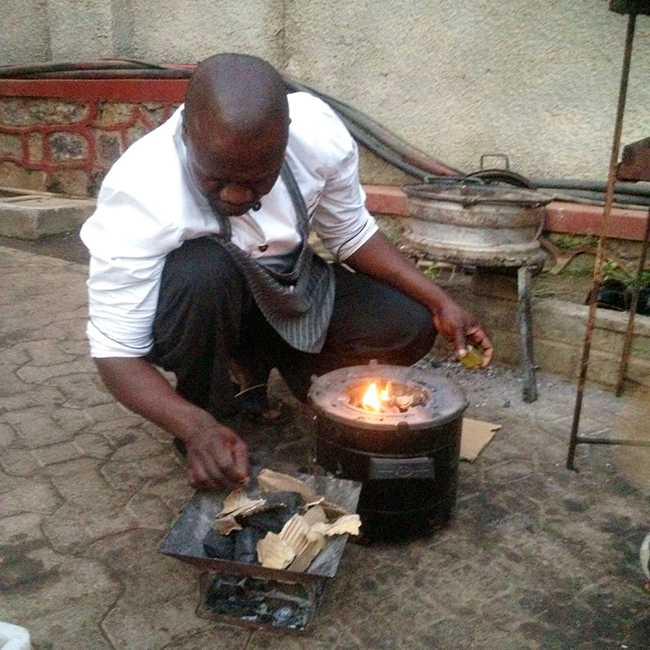 Next came the cooking trial, and for this Helene was joined by two professional chefs, two assistant caterers, and a daily laborer. During one of the tests the stove cooked 5.8 kg of foufou (ugali) in 30 minutes, consuming just 250 grams of charcoal.  After cooking on the SuperSaver the group’s feedback was even more positive, saying that the stove impressed and surpassed expectations.

Most comments focused on:
1) That big pots could be used on it, and it could cook large quantities of food
2) The high power of the stove
3) That it could be used for big families and/or catering events
4) Charcoal savings could be seen on the first use

One of the hotel cooks who used the stove commented, “Once the stove heats up, it cranks up the high power – flames can be seen. It cooks quickly, and if it is the only stove – with adding only a little charcoal – it can cook multiple dishes.”

Helene kept the SuperSaver after verbally battling with other interested parties. She was able to do so after it was “communally agreed” that next time I came to Lubumbashi I would bring enough SuperSaver Charcoal stoves for everyone to buy.